Last year’s Mull Rally winner, Dervaig’s Calum Duffy, tells Jim McGill his reasons for switching from his beloved Ford Escort to a new Subaru Impreza, and why he’s gunning for win number nine, and hopefully a bit of redemption. 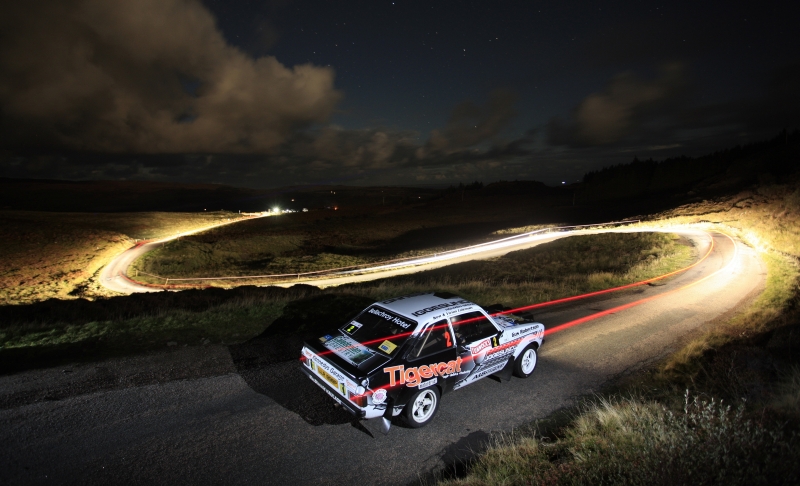 Jim McGill: What was your thinking in making the decision to switch from the Escort to the Subaru?
Calum Duffy: I’d been competing with the Escort for more than 20 years and it had got to the stage where I couldn’t develop it any further. I’m not going to say I was bored with it, but using it every year it had got too repetitive.
We got to the stage where we were either going to stop, or we were going to have to change. We didn’t want to stop: so we made the change.
We decided to go for the GpA Subaru: it’s a real driver’s car, and that was always important to me. We could have gone for a World Rally Car, but we’d rather be in a real driver’s car.

What the car’s background?
It’s a genuine Prodrive Allstars 555 car. Kenny McKinstry had it for a while. The car has actually done Mull three times.

What are its main plus points, and are there any negatives?
I really can’t make any comparisons until I get it out on a stage that I know, but it’s definitely not as fast in a straight line as the Escort.
But it’s got better brakes, better suspension and it delivers more traction. Latterly with the Escort we were going through so many tyres simply because of the power it was putting down: we couldn’t get a tyre to last at the back of it.
The fact I knew the stages so well, I was pushing the car so hard I was actually over-driving it.
I’d love to be able to out at the end of the Mishnish Loch stage and say “that’s as good as it’s going to get”, because I’ve never been able to do that in 20 years’ of rallying.

Given the fact this will be your first time with the Subaru on Mull, does that influence your approach?
Not, not really: I’ll still just go flat-out basically. It’s Mull. I know it’s a long rally, but you can’t afford to drop any time on any of the stages. I think I’ll just attack it and go as hard as I possibly can.

Who do you see as your main rivals this year?
John MacCrone will be a serious threat. Having won here a couple of years ago, he’s back this year in a Subaru.
Tristan Pye, second last year, will be one to watch.
There’s four or five there that could win it. Another’s Tony Bardy in the Ford Focus; and of course, Tapio Laukkanen. It’ll be interesting to see how he copes with the demands of Mull.

Do you think it’ll be a bit of a culture shock for Laukkanen?
Yeh, I think it will be. He’s obviously done the British Rally Championship before and won it, but I don’t think there’s anything out there that comperes to Mull, especially the night stages. I’d be very surprised if he came and was blisteringly quick straight off the bat. Very few people are able to do that.

Last question: what would it mean to win number nine?
It would be something special for us to win it in a four-wheel drive car. We weren’t sure we’d made the right decision because the WRC cars are definitely faster than the Escort. A lot of people have been asking us ‘what have you done’ going for the GpA Subaru? They think we’ve taken a step backwards.
So for use to win the rally, and beat the times of the Escort would be a huge statement that we’ve made the right decision. It would be a bit of redemption.