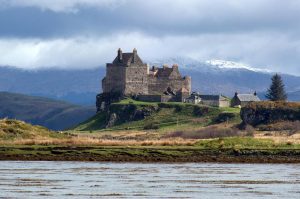 Around 25 crews are expected to take part in Friday’s official shakedown ahead of the 47th running of the Beatson’s Mull Rally.

Based at Duart Castle, the first cars are scheduled to enter the 1.43-mile stage — which has a chicane located 0.6-miles from the start heading west — at 9am, having completed any recce before 8.30am.

The stage will run in both directions, with maximum of six cars at a time at 30-second starts.

Importantly, all spectators and crews must be on-site no later than 8.45am, as the road will close at 9am, and will not re-open till noon.

ALL CREWS AND SPECTATORS WILL NOT BE ALLOWED TO LEAVE UNTIL THE ROAD IS RE-OPENED.

The Duart Castle Café will be open during shakedown serving hot drinks and snacks.