It’s entirely possible Brian Molyneux and his team missed the moment. On July 21, 1969, the Lancastrian 2300 Car Club was likely considering whether a selective from Craignure to Tobermory was cleanable.

When Neil Armstrong nipped out of the Lunar Module Eagle and pondered the size of step he’d just made, plans for the very first Mullard Tour of Mull were well and truly underway. Like Apollo 11’s marginally more famous journey, Mull’s maiden event wasn’t the work of a moment.

It was an idea born out of a Molyneux family camping holiday at Glengorm Castle in 1968. While he might have been following the progress of the Space Race, Brian was, instead, looking at the lanes surrounding the campsite. To most, they were just a means of getting around the Inner Hebridean island. To him they represent a blank canvas ready for him to paint what would become one of rallying’s best-loved and most cherished pictures.

But what really makes Mull the challenge that it is? To understand that, you need to look a little further into history. Like 50 million years ago, when lava flows weathered the island’s basalt mountain areas into terraces. It’s the geology as well as the geography which laid the foundations.

The first Tour of Mull took place nine years after the very first ‘closed’ special stage on the RAC Rally and road rallying was very much the mainstay. Saturday night in country lanes up and down mainland Britain were filled with the throaty roar of Lotus Cortinas and twin-cam Escorts.

Mull offered something different. Yes, there were the exceptional roads, but there was also the sense of adventure. Packing the car, then packing the car onto the boat and heading west out of Oban. It was different. It captured the imagination.

Two years in and rallying royalty from the moment Roger Clark was on the entry list. Sadly his car was damaged in a road accident on the way to the start and he didn’t compete. Twelve months on and Clark ended 11 years of Scandinavian dominance to win the RAC Rally. To put that into context, it would be like Elfyn Evans heading north and bringing his Toyota GR Yaris Rally1 with him in October.

Born out of Lancashire, it was six years before the Tour of Mull was won by a Scottish crew when Ian Gemmell and Frew Bryden topped the metaphorical podium with their Avenger. That trend was about to be reversed. When marshals at the end of the ‘The Long One’ saw the times coming from Neil MacKinnon’s RS2000 in 1977, they knew something was on the way.

In 1980, it happened. In the sort of conditions seemingly only Mull can produce – the sort of pouring rain which leaves the lanes looking like the tide’s come in – MacKinnon edged acknowledged road rally expert Mike Pattison by four seconds to win in his Sunbeam Lotus. That was the first of three in a row – but those three in a row would grow into an astonishing record of 12 wins in the next 27 years. And when, in 2008,  the engine cried enough aboard his Subaru at the end of Gribun, guess what? His son Paul was there to pick up the mantle and score win #13 for the MacKinnon family.

The Eighties were a decade of transition for the event. The lanes themselves, for a while the domain of icons of road rallying like Pattison and Ron Beecroft, were being taken back by the locals.

But the biggest change came in 1989. For the first year since 1969, the Tour of Mull didn’t happen. Road rallying was going through great change and when the event couldn’t secure a permit for 1988 it ran as a stage rally through the forests and across private estate roads. The only way to bring the event back to the lanes would be to take out an Act of Parliament to close the roads. The 1989 event was lost to this expensive bureaucracy, but the dream was realised at the top of the Nineties when the Act was massed in March 1990.

Later that year, rally cars were spotted in the Mull lanes in full flight – in daylight. A capacity entry took up the challenge of 170 competitive miles. Local star Andy Knight won in a Nova and did the same again 12 months down the line. Chasing a hat-trick in 1992 (and with Scotland’s only World Rally Championship-winning co-driver Robert Reid alongside), Knight was leading, only to drop it on the Lochs.

This was the year Calum Duffy made his debut as a driver. He’d co-driven as a 16-year-old in 1991, but installed his father Hugh into the left-hand seat of a four-door Escort and landed 10th overall.

Duffy’s speed grew through the Nineties, but nobody could challenge five straight wins for Neil MacKinnon. Calum finally put the Duffy name on the trophy in 1998. For the next two decades, only two names: Chris Griffiths (1999) and Daniel Harper (2002 and 2021) would interrupt local success.

A big change for the event came in 2010, when Mull Car Club took over the organisation from 2300 Car Club. The name changed to Mull Rally, but the ingredients were all the same.

Arguably the biggest moment for the island came in 2021, with inclusion in the prestigious British Rally Championship calendar. The nation’s best would come and do battle with the locals in a much anticipated rally.

In the end, it was neither a local (although he pretty much is…) or a BRC runner in Harper who took a dominant win.

In half a century, the Beatson’s Building Supplies Mull Rally has failed to happen on just four occasions – three of those for reasons involving the politics of governance and regulation and the other one for the global pandemic – but as the 50th running gets underway, enthusiasm, ambition and appreciation for one of the world’s great events burns as bright as ever. 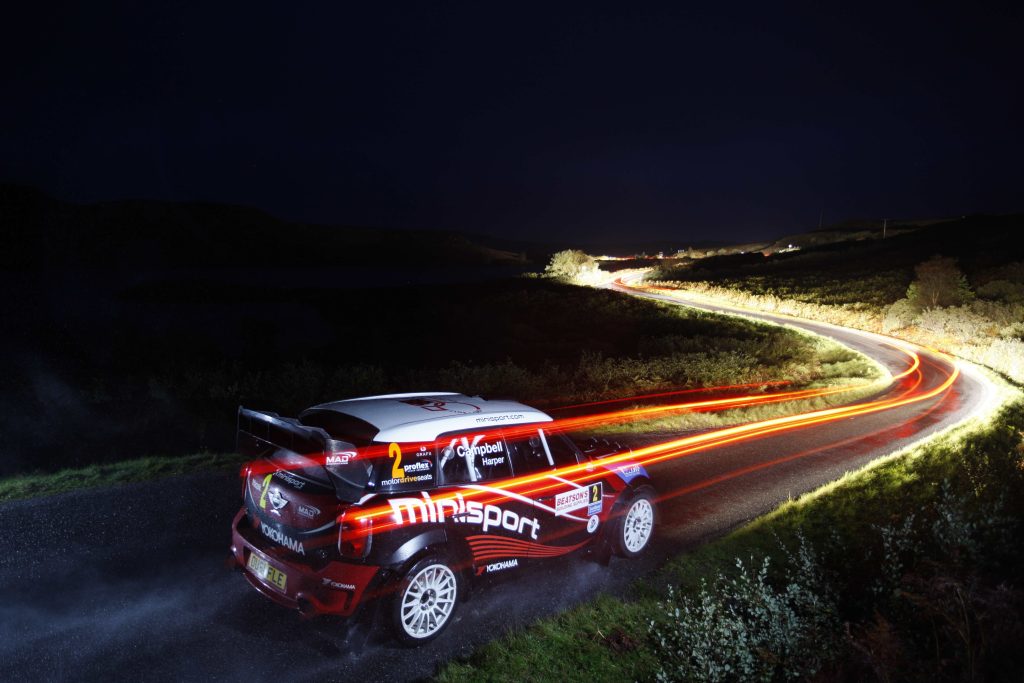