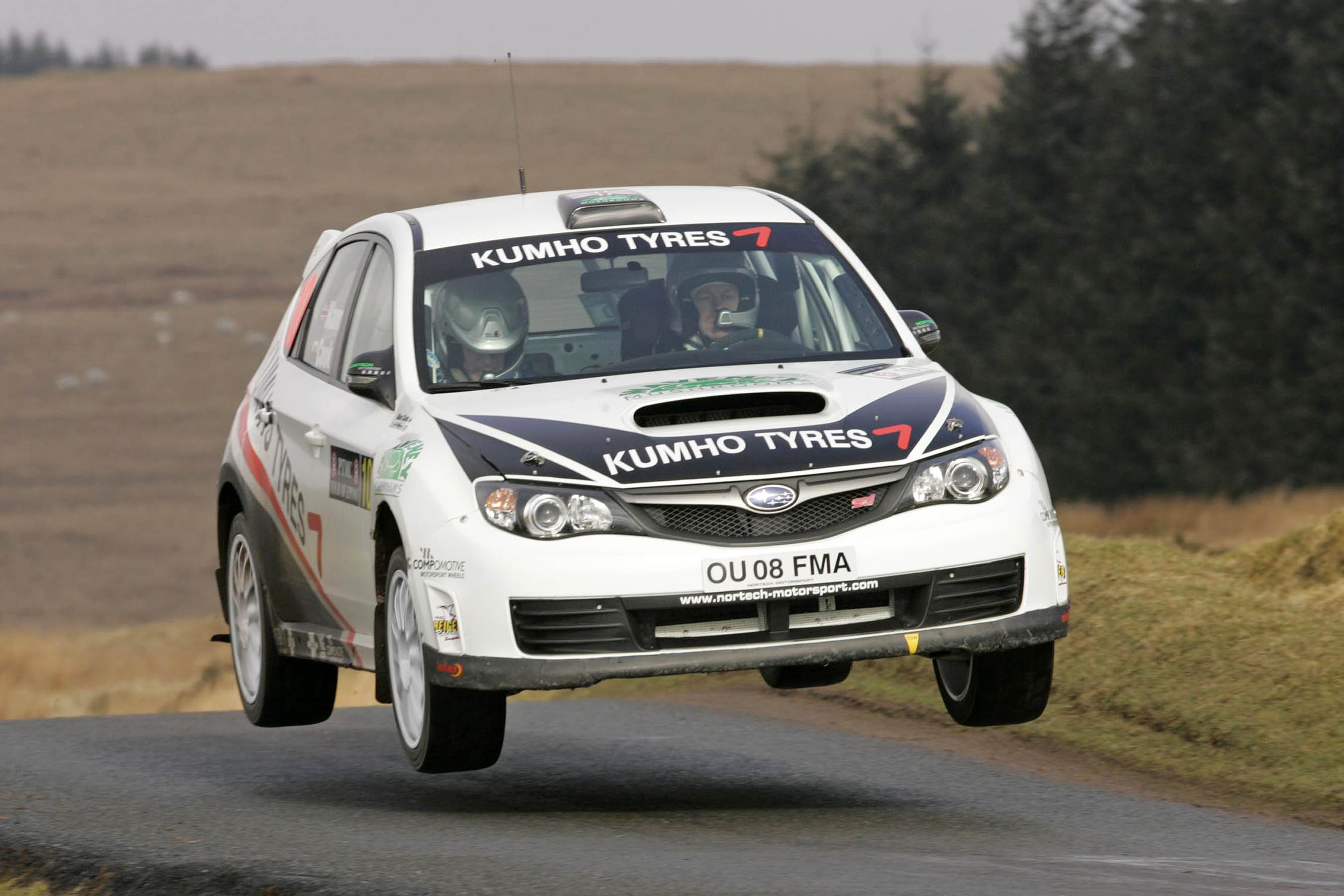 FLIXTON’S 2003 NATIONAL RALLY CHAMPION BACK AFTER TWO-YEAR ABSENCE
Former National Rally Champion David Mann is preparing to return to action for the first time in two years at the Tunnock’s Mull Rally in North-West Scotland, previously known as the ‘Tour of Mull’, next weekend 11th – 13th October.
The East Anglian mushroom farmer – a popular figure throughout the sport over the past three decades – has employed local knowledge in the form of Oban-based codriver Chris Hamill as regular navigator Alun Cook is unavailable.
Mann’s decision to return behind the wheel of his Group N Kumho Tyres Subaru WRX, having not done a full rally since finishing fourth in category on the Tour of Flanders in Belgium in September 2011, is partially due to a desire to fulfil a lifelong ambition.
He explained:
“It’s a rally I’ve always wanted to do but have never got there for one reason or another. “We have been trying to sell the car and have had some interest but, as we still have it, I thought perhaps we should use it again! “It’s a unique event as I believe it was the first to use closed public roads. “It started as a road rally in 1969 and they used to do forest stages at one stage too. “Now it’s a closed road rally and is very specialised – there are a lot of very quick local drivers and also a hard-core of people who travel up and do it every year so, as I’m very
much out of practice, I’m putting myself up to be shot down to an extent.” In addition to long-time sponsors Kumho Tyres, Waveney Mushrooms, Nortech, Compomotive Wheels and Mintex, Mann has gained additional help from Seafood Temple Restaurant – an award-winning Oban-based eatery owned by co-driver for the weekend Hamill’s partner Eilidh Smith.
The Suffolk star has also invested in the latest lighting technology available with a fully LED solution from British manufacturer Lazer Lamps Ltd.
Mann is seeded 14th in a field of well over a hundred and boasts a good track record on tarmac-based island road events, having won the Manx National Rally in 2003 en-route to taking the National title.
“We tried to do the Woodbridge Stages a few weeks ago but had an engine problem and didn’t get passed the first stage, so it was a bit of a disaster. “So we’ve put another engine that Stuart Hall (the boss of rally car preparation specialists Nortech) had.”
A total of 19 stages, covering almost 160 miles and split over three legs, face the crews on Mull, beginning on Friday night in Tobermory and ending in the early hours of Sunday morning.