Last year Tristan Pye was “as proud as Punch” when he finished second in the Mull Rally. This year though, as the Bishop Auckland driver tells Jim McGill, the competition level has risen making a top three finish even more of a challenge. 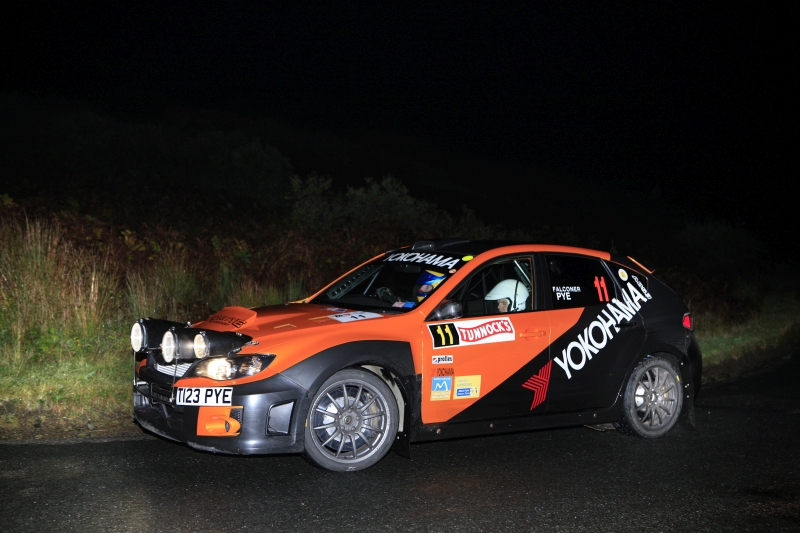 Jim McGill: You were proud as Punch with your second place last year: can you go one step better this year?
Tristan Pye: I’m not getting too excited: I think it’s pretty unlikely. A lot of things have got to fall into place for that to happen, including problems for some other drivers, which of course none of us want.
Getting into the top three this year will be tough, because there’s a lot of stiff competition. I think it’s very unlikely I’ll win.

How do you approach Mull?
We usually just turn up. On the first leg on the Friday night we concentrate on getting a good, clean run. Then during the daytime on the Saturday, and the final night-time leg, that’s when we really push.
Obviously by that time we can see where we are in terms of the other cars roundabout us, and we can pace ourselves accordingly.
I find that’s the best approach for us, because if you’re going to have a problem it’s usually in the first night. That’s when you’re still a bit rusty, you’re getting up-to-pace and you’re not quite used to the stages.
So we take it reasonably sensibly and steady the first night, and then we go for it during the day and the next night.

How has your preparation gone?
It’s still going on, really. We’ve had quite a busy year. The car’s about half done, but we’ll be comfortably ready in time: that said, there’s still quite a bit to do.

Any significant changes from 12 months ago?
Not particularly. We’ve started building work on another car which we’ll use on Mull next year. It’s another Subaru, very similar to the one we’ve already got, but it’s a lightweight version. The one we’re running this year is a GpN car, which still has quite a bit of extra weight in it, but we’re currently trying to get rid of some of that.

What, to you, is the biggest challenge of competing on Mull?
I think it’s simply staying out of trouble and keeping the car on the road. It’s as basic as that. If you make one mistake, it’s very difficult to get back up into the top seven or eight.
You’ve got to make sure that everything clicks: you’ve got to push hard and set good times, but make sure you don’t make any mistakes because you very rarely come back from one on Mull.
We’ve been lucky a few times over the years, and it’s always in my mind that if I make a silly mistake I’ll very easily have an early bath. But I’m looking forward to it, just as I do every year.