Tragedy, by it’s very nature, strikes when people least expect it. So it is with great sadness that we have to tell you of the sudden death of Christopher Lawson, who was set to compete in the Mull Rally 2015 behind the wheel of his No130 Mitsubishi Lancer.

Chris, aged just 41, had just arrived on the island on Monday, having travelled up from his base in Otley, when he passed away suddenly.

Chris’s friend, James Haigh — who was due to co-drive the No103 Subaru Impreza driven by Kevin Lomax, but which has understandably now been withdrawn — paid this tribute:

Chris Lawson: 25/08/1974 – 05/10/2015
“It has been a sad start to the week for this year’s Mull Rally. Long time Mull visitor, loyal service crew and competitor, Christopher Lawson, passed away suddenly at the age of 41 on Monday afternoon just after arriving for this year’s event.
“Chris had been on Mull every October for the rally since 1993 and finally got his chance to compete after finding someone brave enough to sit along side him on the 2013 event in his newly-acquired Mitsubishi Lancer (pictured below).
“It was his first competitive event in the car which had just been upgraded, and in typical Chris fashion approached the event with his ‘it’ll be fine’ attitude.
“The car came home from the event in the same state it arrived in, even after having to do emergency repairs on the Hill Road when the turbo pipe blew.
“Mull was a place he loved coming to and always looked forward to October coming around.
“This year would have been his second time competing and it would have been great to see the Mitsubishi crossing the finish line on Saturday Night.
“He never got that chance to compete again, but I’m sure he’ll be watching the stages over the weekend thinking to himself ‘you can take that bit flat’
“Rest in peace Chris.
“Taken too soon.”

As a mark of respect, we will hold the start position for Chris’s No130 Mitsubishi Lancer when it should have left the start ramp on Friday evening, and we will pay further tribute to him then.

Everyone associated with the Beatson’s Mull Rally would like to pass their sincerest condolences to the friends and family of Chris at this most difficult time. Our thoughts and prayers are with them. 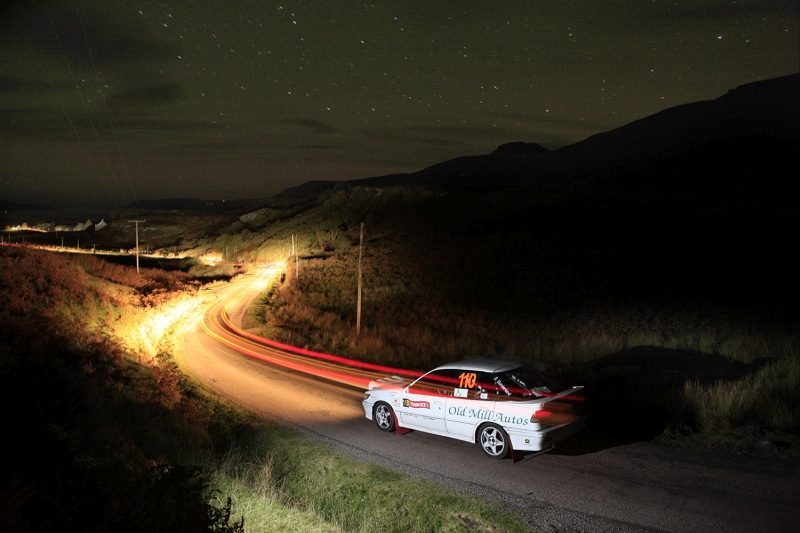