Twelve months after finishing on the podium, John Cope returns to tackle the Beatson’s Building Supplies Mull Rally. And the Bury driver admits to Jim McGill he hopes he’s finally got to the root of a four-year problem with his Subaru Impreza 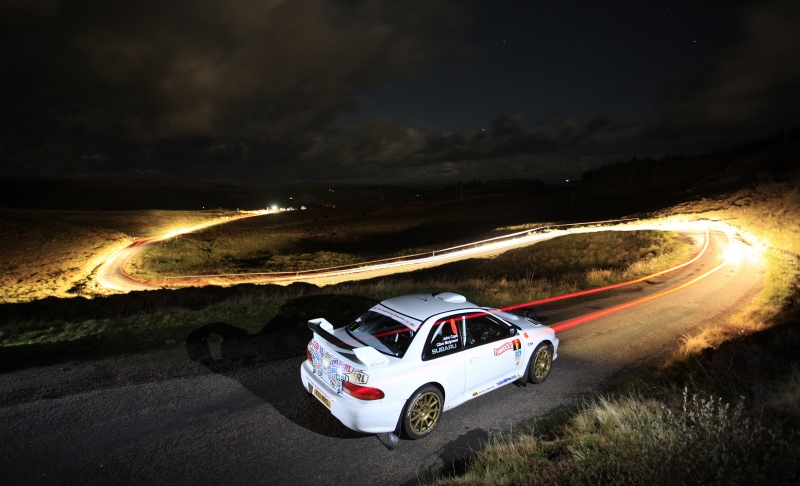 Jim McGill: Can you go two steps better than last year?
John Cope: I think it’s going to be very difficult this year, because it’s a very strong entry. Looking at the quality of the entries, I’ll be happy to get into the top five.

Who do you see as your main rivals?
John MacCrone will definitely be tough to beat. I also think Derek McGeehan will go well this year; he’d be in my top five. Tristan Pye will be in the top five this year, and James MacGillivray … and me on the end off it.

Interesting that you don’t think Calum Duffy will be in the top five.
It’s a tough call, but I think Calum will spend time getting to grips with his car on Mull this year. While he was getting to grips with the car during his run in Ulster, he was putting some quick times in, but there are a lot more comfortable people running in cars that they know in Mull.
I think he’ll be there, or thereabouts. Don’t get me wrong. It just depends how everyone else goes. I’m basically sticking my finger in the air here and just trying to sense something?

How has your preparation gone this year?
It’s good. We did a test recently and the car’s good. We put some new software in the car and it’s helped the diff. It feels good now.
We’ve had a lot of diff and gearbox problems, and I hope the latest software tweak will finally get rid of those gremlins.
We’ve had the rear diff apart trying to find the problem, and while we confirmed it hasn’t been mechanically damaged, it was the active side of it that had self-imploded.
I did a rally recently with my daughter in Anglessey, and we knew right from the start that we had a problem with the diff. We managed to finish second, just eight-seconds behind the winner, but ultimately we did it with an active rear diff and a car that just oversteered all day.
So we knew we had a problem before Mull, and we wanted to get to the bottom of it. This is a problem which hasn’t been going on for just 12 months, I’ve had it for about four years. But we think we’ve finally got to the bottom of the problem now.

I guess it’ll almost be like having a new car?
Yes: certainly in the way it reacts it will be a lot, lot better. Obviously the car itself handles reasonably well anyway, but ultimately it’ll be a lot better than it was.

What to you is the attraction of Mull?
I’m one of these folk who go up not just for the rally. I go up in May for a family holiday — and no, I don’t do any recce work or take any pacenotes. I just go for a holiday, and nine times out of 10 I’m lucky if I go round half the island, let alone all of it.
For me Mull isn’t just about the rally; it’s about the place. We have a terrific time during the rally week. Everybody has a great time, and that’s the key to it. You meet a lot of old faces, you have a really, really good time. Hopefully the weather is on our side, and we all have a safe rally.

And, of course, a safe rally is the main thing?
It definitely is.